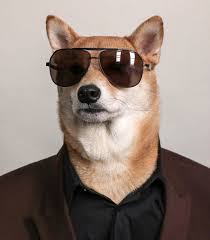 The hierarchy in a group of dogs is not based on aggression but on submissiveness. A dog ranked lower in the hierarchy displays signals of submissive behaviour towards dogs ranked higher. These findings have for the first time been substantiated by means of measurements by dog researcher Joanne van der Borg of Wageningen University and colleagues based in Utrecht. They are to be published in the journal PLOS ONE on 26 August.

In the study into dominance, a group of dogs was placed together on working days, and stable relationships formed between them after a few months. By closely observing and analysing the exchange of seven postures and 24 behaviours by the dogs, the researchers were able to establish a hierarchy. This proved to be linear.

The suitability of signals as a measure of dominance was determined using the exchange of signals between two animals. Suitable signals are postures or behaviours which are only displayed within a relationship from animal A to animal B and not in the opposite direction. Based on the receipt of submissive signals, the dogs were ranked from high to low. They formed a linear hierarchy.

The idea of dominance in dogs is popular among some dog trainers in various countries. They believe that dogs, like wolves, are natural born fighters with only one aim: to reach the top of the hierarchy. By contrast, a different school of thought among dog trainers holds that dominance is an outdated and obsolete notion which is not applicable to our domestic dogs. There has been much misunderstanding about the interpretation of this view, because until now there was a lack of substantiation by means of hard figures.

Signals from the dog

The signals of submissiveness from a dog meeting another member of its species can best be read from the lowering of the posture compared to the other dog. Another expression of acknowledgement of the higher status of the other individual is body-tail-wagging. This behaviour, often seen in young dogs when greeting other dogs, involves the tail moving in quite broad strokes, often with the hindquarters (the hind part of the body) moving with it. Both forms of submissiveness are an expression of ‘formal dominance’, because the context (aggression, greeting, play) does not matter. The findings are in line with previous results into dominance among wolves in captivity and Italian feral dogs.

The study contributes to our knowledge about the ways in which dogs communicate their status towards other dogs. This is important for correctly classifying the hierarchical relationship between two dogs, and probably also between human and dog. This in turn helps establish the correct diagnosis in the event of problem behaviour and will therefore improve the welfare of dogs.