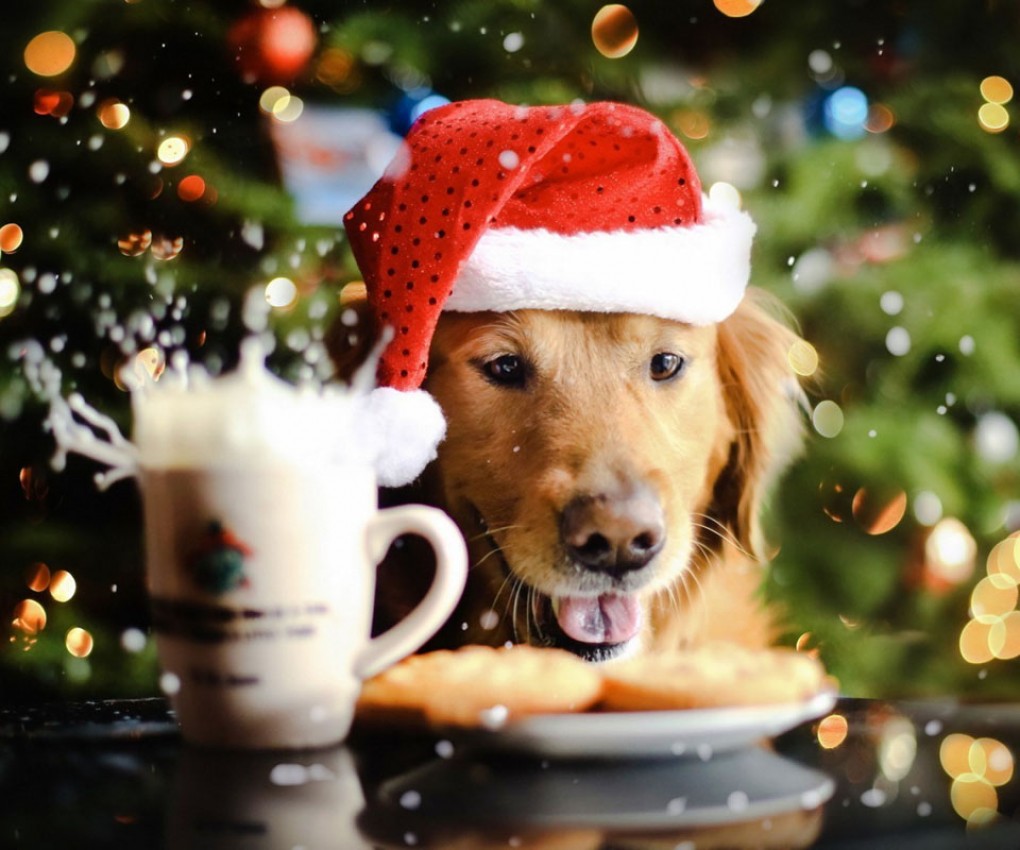 The holiday season may be a time for giving, except when it comes to giving certain table scraps to your dog. Foods commonly found on our dinner and party tables such as turkey, pork and cheese are too high in salt and fat for our pets. An overload of fat can even lead to medical issues like pancreatitis, which causes the pancreas to become inflamed. Forgo the holiday table scraps for Fluffy and Fido this year, especially when it comes to these 5 foods, which can be deadly if consumed in sufficient quantity.

1. Chocolate
Chocolate is a well known off-limits indulgence for dogs. However, during the holidays many people use baking chocolate in recipes and forget about the ingredient by the time the desert hits the table. According to Dr. Tina Wismer, medical director at the ASPCA Animal Poison Control Center, the darker the chocolate is, the more serious the poisoning can be — making baker’s chocolate and cocoa powder more dangerous than milk chocolate. Make sure this holiday season that your dog does not ingest any chocolate, especially dark chocolate or baker’s chocolate.

2. Onions (and Garlic)
Onions, garlic and other foods in the Allium family, such as leeks and scallions, can all be extremely poisonous to dogs if consumed in sufficient quantity. “Onion and garlic poisoning results in oxidative damage to the red blood cells (making the red blood cells more likely to rupture) and gastroenteritis (e.g., nausea, oral irritation, drooling, abdominal pain, vomiting, diarrhea),” according to the Pet Poison Helpline. Garlic is also considered to be about five times as potent as onions, so think again before offering your dog some potatoes with the ingredient.

3. Raisins (and Grapes)
Most stuffing recipes include raisins as an ingredient, which can be toxic to your dog. Raisins and grapes (which is the un-dried version of a raisin) can cause vomiting, diarrhea and eventually acute renal failure in dogs.

4. Xylitol
While you may be making the healthier choice by cooking with artificial sweeteners over the real thing, sweeteners containing Xylitol are poisonous to dogs, causing vomiting, tremors, seizures, tarry stool and even death. According to the Pet Poison Helpline (PPH), a 10-pound dog would only need to eat a single piece of sugar-free gum to reach a potentially toxic dose.

5. Alcohol
Beer, wine and cocktails aside, alcohol can also be found in desserts and can be created in your dog’s stomach if they ingest homemade or store bought yeast dough used in making holiday breads and rolls. Even small amount of alcohol, both ingested through alcoholic beverages and produced in the stomach, can be life threatening, making it important to call your vet before you notice any serious poisoning symptoms like seizures.