Dogs can’t communicate like we do, so it’s important to be wary of their body language.

We might think dogs can’t communicate with us because they can’t speak human language, but they are still able to communicate properly. Using their body language, they can convey a range of emotions – from happiness, sadness, to fear. It’s up to us to know these and act on those signals.

Below we’ve listed 8 of the most common and frequent emotions dogs convey to humans. The visual aides can help you out as well. 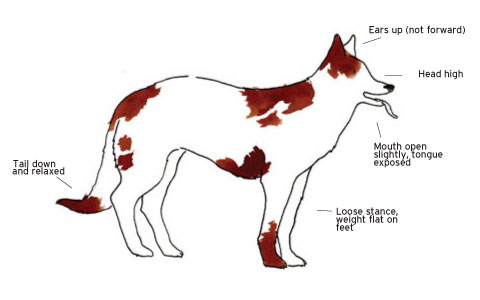 This dog is relaxed and reasonably content. Such a dog is unconcerned and unthreatened by any activities going on in his immediate environment and is usually approachable. 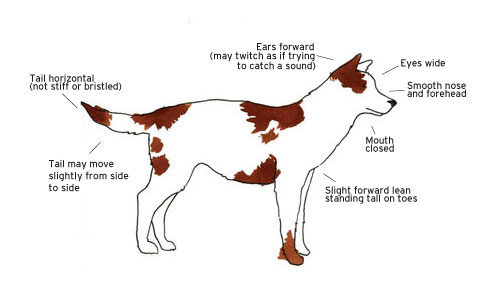 If the dog has detected something of interest, or something unknown, these signals communicate that he is now alert and paying attention while he is assessing the situation to determine if there is any threat or if any action should be taken. 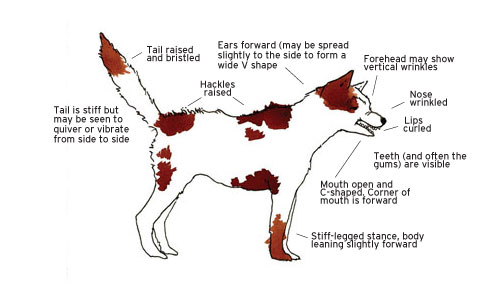 This is a very dominant and confident animal. Here he is not only expressing his social dominance, but is also threatening that he will act aggressively if he is challenged. 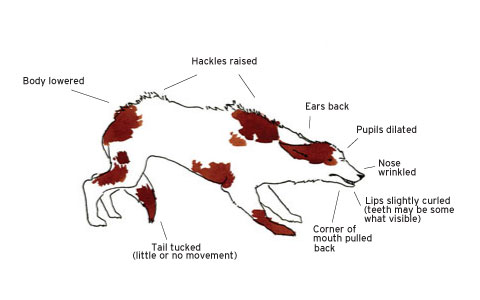 This dog is frightened but is not submissive and may attack if pressed. A dog will generally give these signals when he is directly facing the individual who is threatening him. 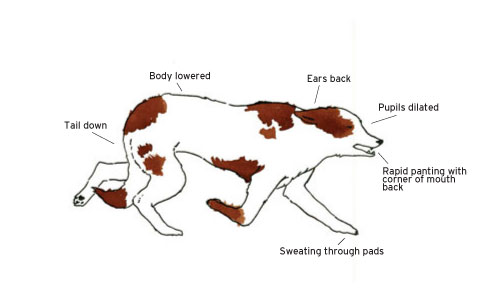 This dog is under either social or environmental stress. These signals, however, are a general “broadcast” of his state of mind and are not being specifically addressed to any other individual. 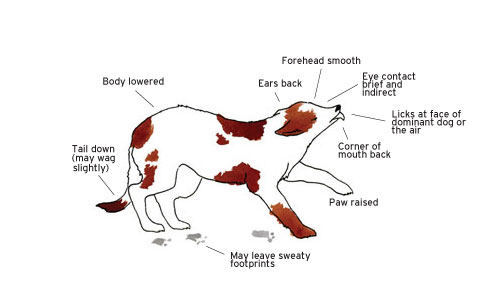 This dog is somewhat fearful and is offering signs of submission. These signals are designed to pacify the individual who is of higher social status or whom the dog sees as potentially threatening, in order to avoid any further challenges and prevent conflict. 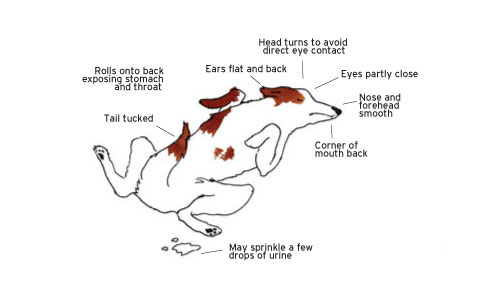 This dog is indicating total surrender and submission. He is trying to say that he accepts his lower status by groveling before a higher ranking or threatening individual in the hopes of avoiding a physical confrontation. 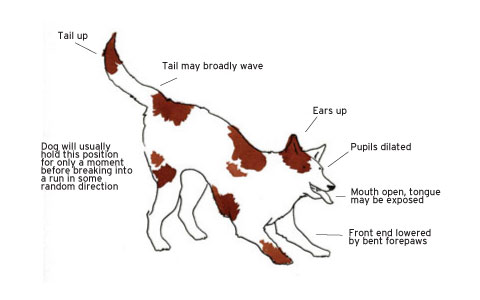 Here we have the basic invitation to play. It may be accompanied by excited barking or playful attacks and retreats. This set of signals may be used as a sort of “punctuation mark” to indicate that any previous rough behaviour was not meant as a threat or challenge.